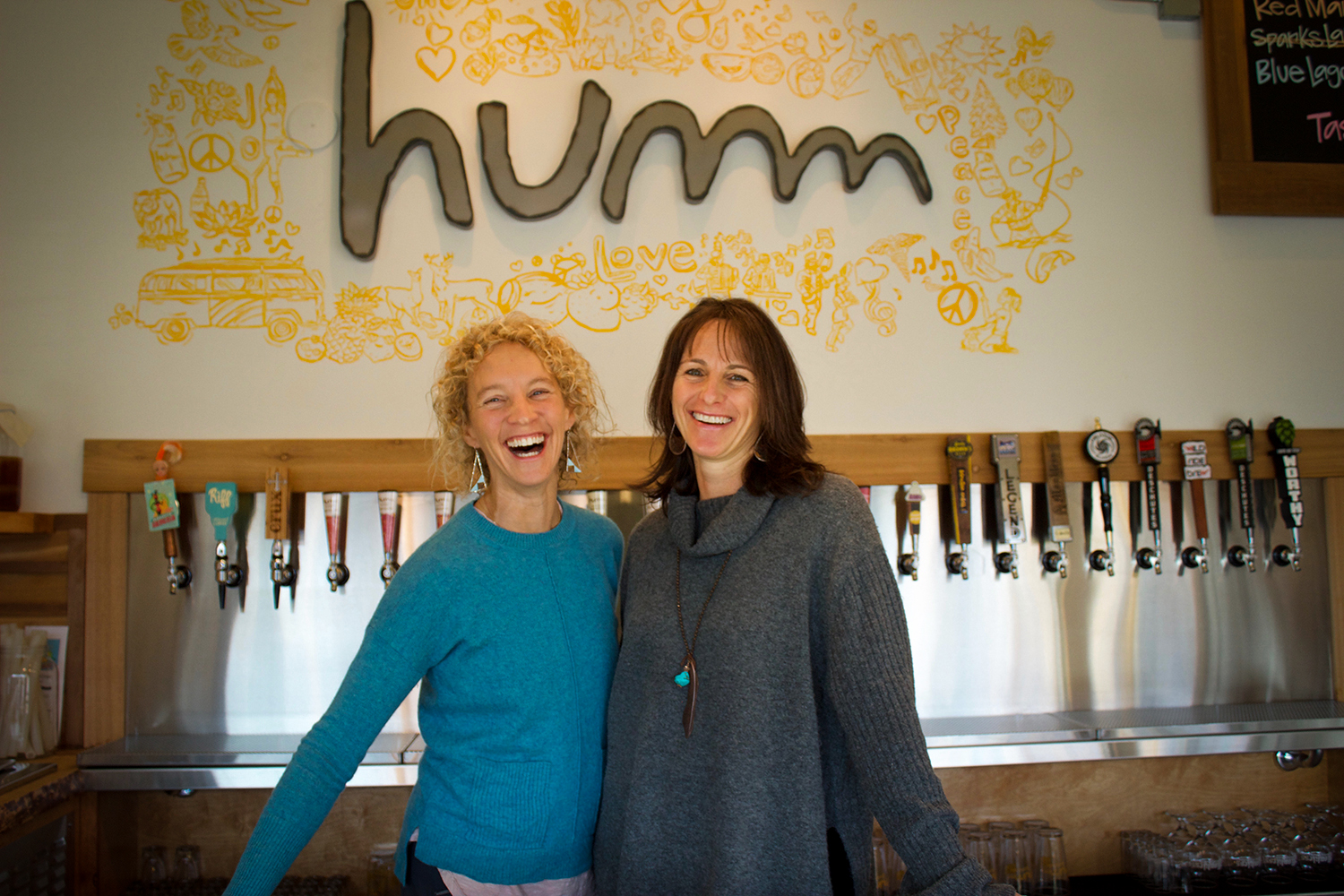 Humm began with a conversation at a kitchen table in Bend, OR.

In 2008, founders Michelle and Jamie were chatting, laughing and drinking Michelle’s homebrewed kombucha – a recipe she’d learned from her mother-in-law and spent years perfecting. Jamie took her first sip and the next words out of her mouth were, “This is amazing! I can sell this to everyone!” The homebrew was unbelievably delicious, and the probiotics and VitaminB12, made them feel exuberant. If they could be this happy and feel this great, why not share it with the world?

They began brewing in Michelle’s kitchen and named their company Kombucha Mama. They delivered gallon glass jars of kombucha door-to-door (modern day milkman style) in a Toyota Prius where customers would leave an empty gallon jug on the doorstep with $20 under the mat and come home to fresh kombucha at their doorstep. That summer, Michelle and Jamie brought their brew to the Bend Farmer’s Market and started developing new flavor combinations to try alongside their original brew. As much kombucha as they produced, people wanted more, so they moved into a tiny brewing facility and hired a small and dedicated staff. The gallon jugs were replaced by kegs, the Prius by a delivery van, and it wasn’t long before demand necessitated a larger facility, and then an even larger facility.

Though they loved being (and still are) the “Kombucha Mamas,” Jamie and Michelle decided it was time to find a name to match their aspirations. Something more universal and inclusive; so with the move came a change in name, to Humm, and the hiring of dozens of ‘Humm-sters’ who shared not only their passion for brewing excellent kombucha, but also the optimism and love of life the company was founded on.

What separates Humm from other kombuchas is the taste. Just because kombucha is good for you doesn’t mean it has to taste like it. We make our kombucha to be enjoyed by everyone, in a variety of absurdly tasty flavors, and we strive to make it available everywhere. Unlike other kombucha brewers, Humm didn’t start off marketing to health food stores. Jamie and Michelle believed everyone should have the option to try this healthy, delicious beverage, so they marketed to supermarkets and gas stations where kombucha wasn’t typically found. Today, in part because of their efforts, you’ll find kombucha all over the place.

Two women shared a dream of bringing kombucha to the masses, and every day since then has brought them closer to the fulfillment of that dream. Today, over 10 years after that fateful kitchen conversation, Humm is available in all 50 states and produces Humm Zero, the first kombucha with zero sugar; Probiotic Soda, Probiotic Seltzer and the first-ever Whole30 Approved kombucha.